The 1st CEN-CE Stakeholders' Workshop was organized under the leadership of REHVA on 12 November 2018 in Brussels, Belgium.

During REHVA Brussels Summit 2018, on 12 November 2018, CEN-CE team organized the 1st CEN-CE Stakeholders' Workshop. It was an interactive event with live polling sessions, open discussion and direct access to the speakers’ presentations on own internet connected devices. The participants received in advance preparatory material because some needed to check beforehand with colleagues or members of their organisation and overall the organisers endeavoured to facilitate a more effective workshop during which the focus was predominantly on having an inclusive, constructive and fruitful discussion.

Over 50 participants covering 2 target groups i.e. building professionals (mostly national level REHVA experts) and EU level stakeholders (Brussels based associations) joined the workshop to learn more about the CEN-CE training and qualification scheme based, as a starting point, on standards for heating and domestic hot water systems (CEN TC 228) from the set of CEN EPB Standards. The main scope of the workshop was collecting feedback from participants on CEN-CE approach and planned activities, and enquiring to which extent building professionals and EU level stakeholders are interested and willing to endorse the experts' certification scheme proposed by CEN-CE team.

During the workshop the newly created EPB Standards Community was launched and participants were encouraged to express their interest in:

One of the main points raised during the open discussion was the need to complement the heating and domestic hot water systems standards with the others from the set of CEN EPB Standards. From the live polling it was very interesting to observe that although most participants (80%) believe that the use of CEN EPB Standards would facilitate buildings' energy use and carbon footprint reduction while at the same time increase the integration of renewable energy sources at the same time 88%do not use CEN EPB Standards because they are either (22%) seen as too complex for expert level or (66%) the national calculation methodology is not based on CEN EPB Standards. The complete results of the live polling sessions can be downloaded here.

A big thank you again, from CEN-CE team, to all participants ! 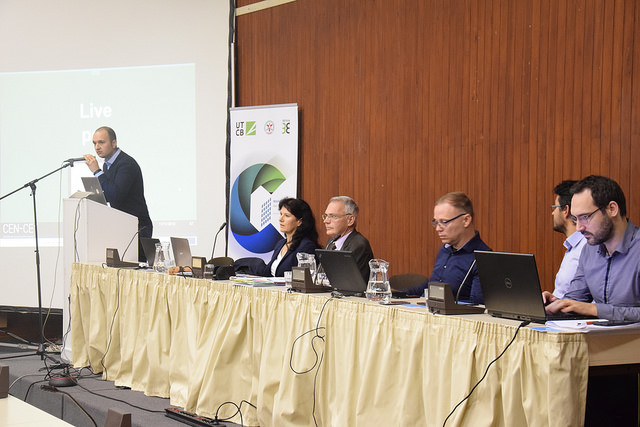